Falling off a unicorn 100 times and still smiling
- Tip -

Another kind of storytelling: illustration 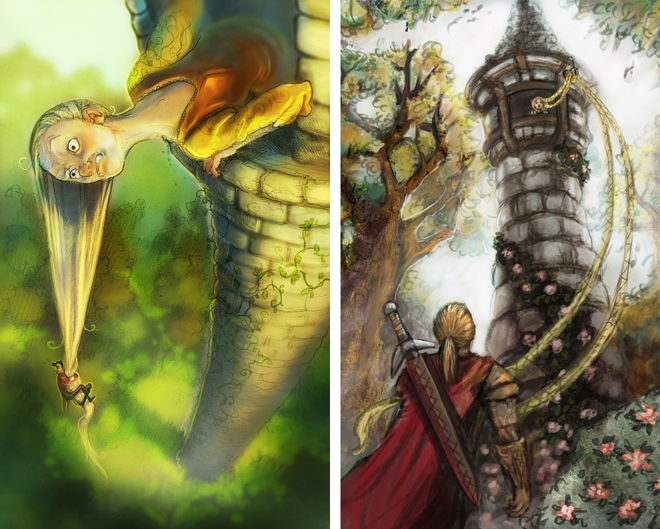 The human fairy tale Rapunzel has many characters:  a king and queen, an enchantress, a beautiful daughter, and a prince.   The story has many twists and surprising and sometimes shocking moments.

If you do not know the story, the young daughter is taken away from her parents by the enchantress and eventually put in a tower!  A prince discovers Rapunzel in this tower by hearing her beautiful songs.  And the princess’ hair grows very long and becomes the rope by which the cruel enchantress is raised to the top of the tower!  Eventually, the prince is able to visit Rapunzel this way, too.

With so many things happening in a story, and so many characters, and each character with their own point of view, how do you illustrate a story?  Whose point of view do you draw from, and what moments in the story do you choose to illustrate?

The illustrator elf, Betsy, has shown how incredibly uncomfortable it would be to use your long hair as a rope!  Betsy says it this way, Let’s face it: being Rapunzel would be the worst. I think we can agree that getting your hair tugged is one of the more painful things in life, let alone having a full grown man climbing your hair for the length of an entire tower … especially if he is afraid of heights and takes twice as long to accomplish the feat.  This illustrator elf wanted to convey the excruciating pain, as well as the humorous side of this story element!

Valkiri’s illustration gets us focused not on the princess, but on the young prince.  He looks up at the princess he has fallen in love with.  You can imagine his longing and his strong desire to set her free.  Valkiri says, I wanted to focus on the Prince who came to visit Rapunzel in the imposing tower. The pale roses symbolize their blooming love. 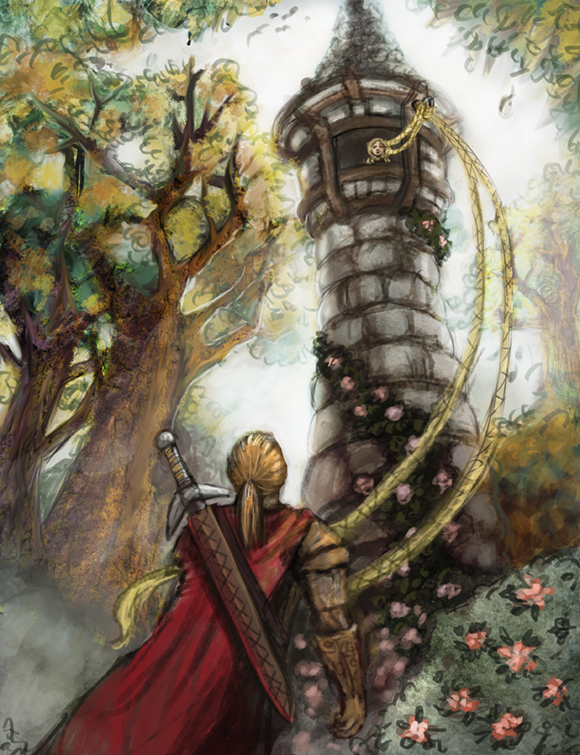 This is what you can and will do as a story’s illustrator.  You will decide how the story comes across.  You are the storyteller, just as much as the person who writes the words.

To illustrate, we need to be able to draw. Drawing is the foundation that illustrations are built on, and the tips you find in this elven workshop will help you learn to draw, illustrate and become a storyteller. 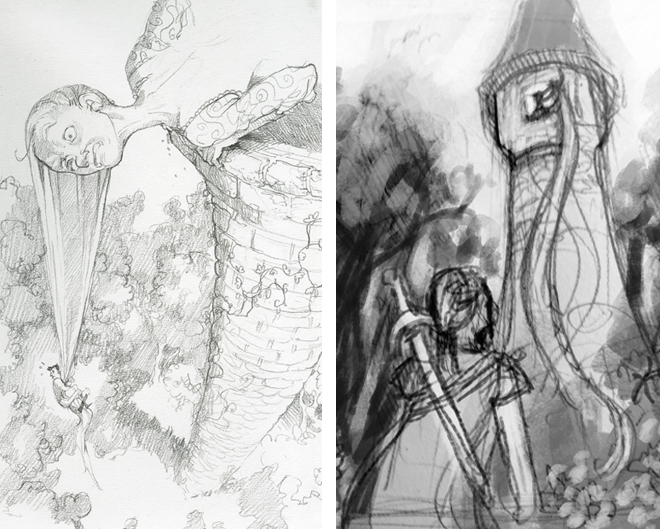