BACK TO TIP VAULT
Dive in with “Once upon a time…”

Ask an illustrator to imagine your character 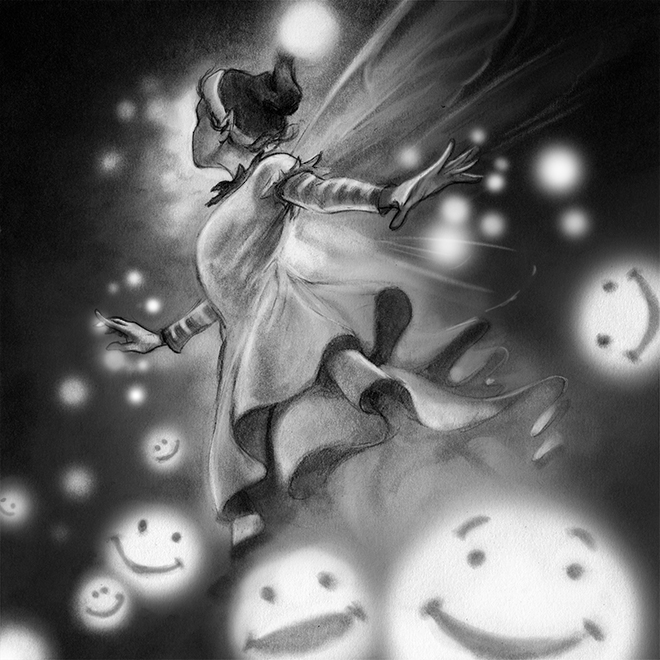 I was thinking of a very particular character when I set off to find Scoble, to see if he could draw an illustration of her.  I saw this new elf character clearly in my mind.  She was intelligent and kind and she saw all living things in nearly magical ways, with their colorful auras shining all around them.  Scoble is patient and I took some time to describe this to him.

Scoble nodded as he always does.  He made a few notes.  He asked a few questions and then said, “OK!”  He had all he needed from me.

However, when Scoble showed me his sketch, I was stunned.  The illustration captured far more of the elf than I had imagined myself.   I didn’t imagine her in a dress with flowing layers.  I never thought of her having many smiling faces that would follow her everywhere she went.  I didn’t mention a thing about wings!

The amazing part is:  this really is the character that I hoped could be created.  Scoble listened to what I knew about her and then stirred in his own imagination.  Two imaginations working together made something bigger and better!

New idea:  If you have a friend who draws, perhaps suggest the idea of working together on a story.  When you see your own story characters drawn by someone else, you will often see new dimensions in the character—a greater character than you could have conjured on your own!

Writers and illustrators can work together even when we are just starting out as artists.  We are never too young (or old) to collaborate. 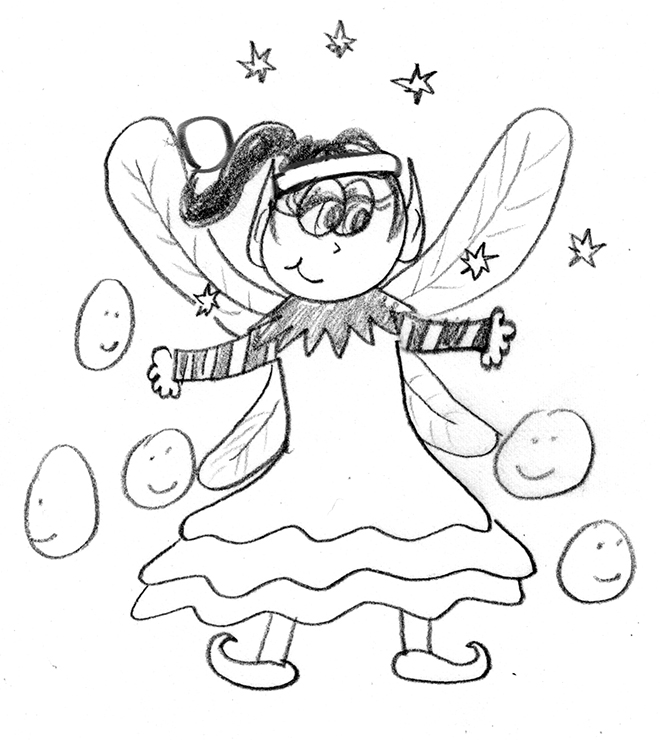