BACK TO TIP VAULT
What is your main character’s gift? 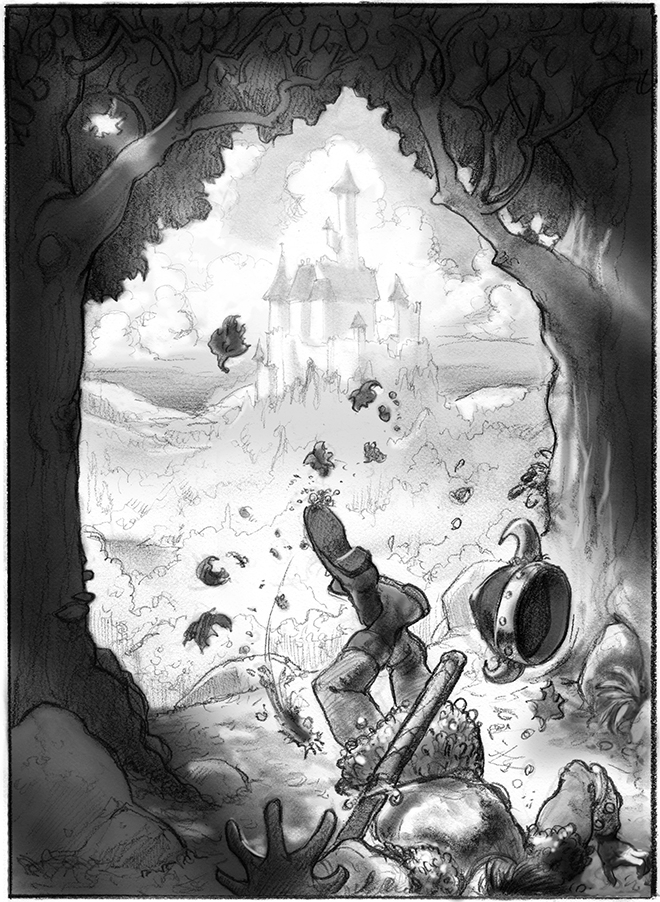 Very true.  This elf has a good idea.

He told me more about the idea, a bargain that he has made with himself.  If he writes every day, without fail, he is willing to let himself have days where he doesn’t write much.  These are the details of the bargain…

Every night, before he goes to bed, Carble the elf pulls out his journal and writes something.  Sometimes he writes several paragraphs, or a list of notes.  Sometimes, however, he feels sleepy, and he just wants drift off to dream.  On those nights, Carble allows himself to write a tiny sentence such as “He tripped.”  And that is all.

What a fantastic strategy!  This elf is still living up to the deal he made with himself.  He is writing every day!  But, he is letting himself have days where only a short sentence gets added.  Don’t forget, stories actually need short sentences!  These sentences have great value, too!  If you think of writing like music, a short sentence sounds different from a long sentence, but in a pleasant way.

New idea:  When you are writing a story, see if you might like to make a deal with yourself, one that is reasonable and attainable.

And, when you are writing, do not forget that you can write a sentence as small as “He tripped.”  That sentence counts.  It truly adds to the story.  Look above, at the illustration that comes from this two-word sentence.  This event might even create new bits of story.  Maybe, after the character trips, he notices something on the ground that he would not have noticed otherwise.