BACK TO TIP VAULT
Do you recognize this character?

How do you turn a character sideways? 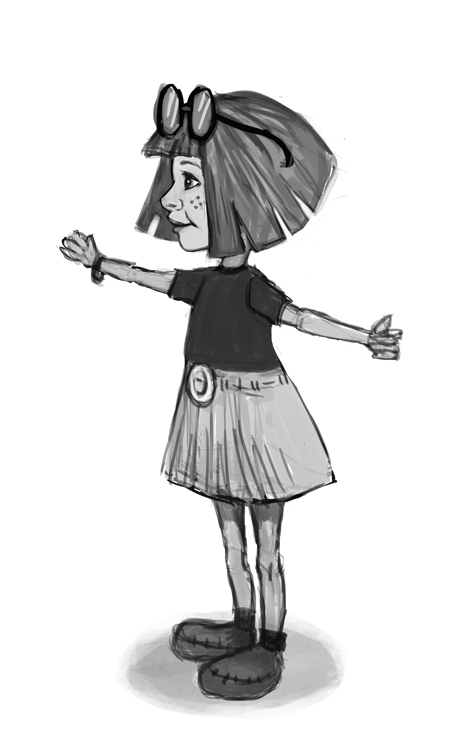 In the prior tip, we practiced how to draw a simple story character from the front.  Characters will obviously need to turn, bend and move in stories, just as they do in real life.  Now we are going to take that character and turn her to the side!

Depending on your character’s position, some of the difficulties you might run into are:
i)  troubles foreshortening the limbs (making them appear like they extend into three-dimensional space);
ii) giving the character volume (so that the character doesn’t appear flat).

Step One: Like last time, we begin with simple shapes to build a skeleton. Look at the shapes you used for the front view of your character and try to imagine what they would look like from the side.  Then, simply build your character up this way again. The tricky part here for me is the arms.  My character was holding her arms out straight from her body and now I have to foreshorten them (which means make them look like they extend out into space).    It’s also important to keep your character balanced. Imagine a straight line running through your figure from the top of the head to the bottom of the feet.  (That is called a plumb line.  The plumb line doesn’t need to be in the center or middle, it just needs to be straight up and down.  This line will help make sure that the character is not tipping over.) 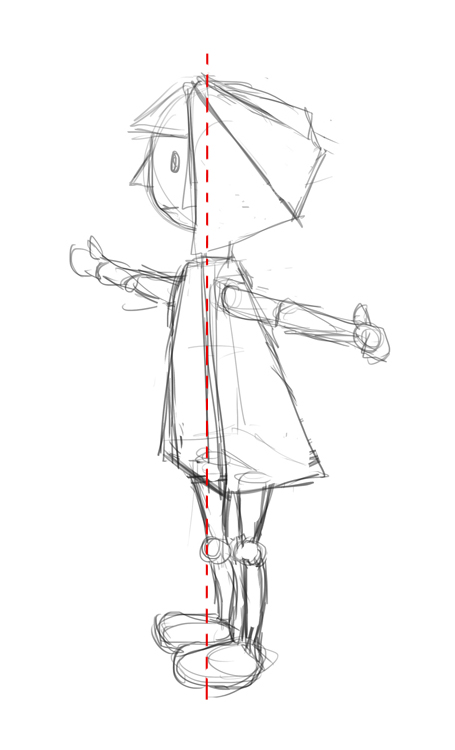 Step Two:  Now I am shading in areas of hair, clothes and skirt, just like last time. Remember to keep it simple. 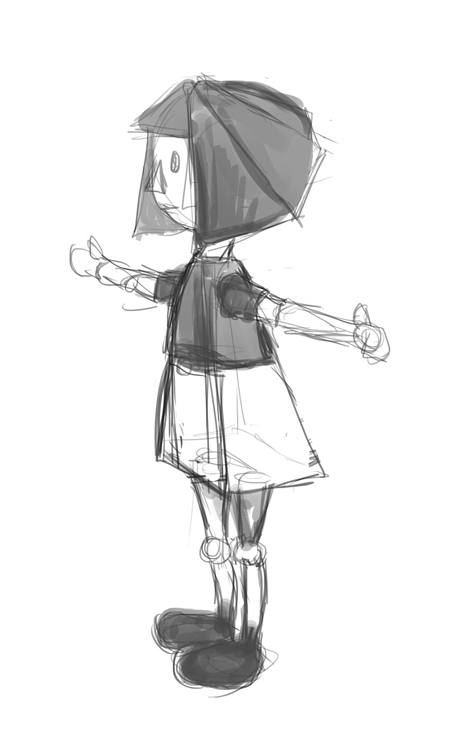 Step Three: Now that I have the basics down, I can start filling in the details. I can add more shape to the body parts and more details to her face and clothes.  I started with simple shapes and my character now has a good feeling of volume (she does not look flat!).

As you practice, keep reminding yourself that it is more difficult to draw a character from the side than from the front, so don’t feel bad if you are struggling with this!  The most important part is building upon simple shapes that you can more easily imagine from any angle.

Enjoy the challenge (something the elf elders remind us of often), and you will see how practice always helps you to improve.  If you keep a sketchbook, you can more easily see your progress.  Have a look at these two tips about sketchbooks:  thestoryelves.com/sketchbook and your-sketchbook-is-your-playground.