BACK TO TIP VAULT
Stand in the shoes of the character


You are not alone when you write
- Tip -

Assume the snails took the keys 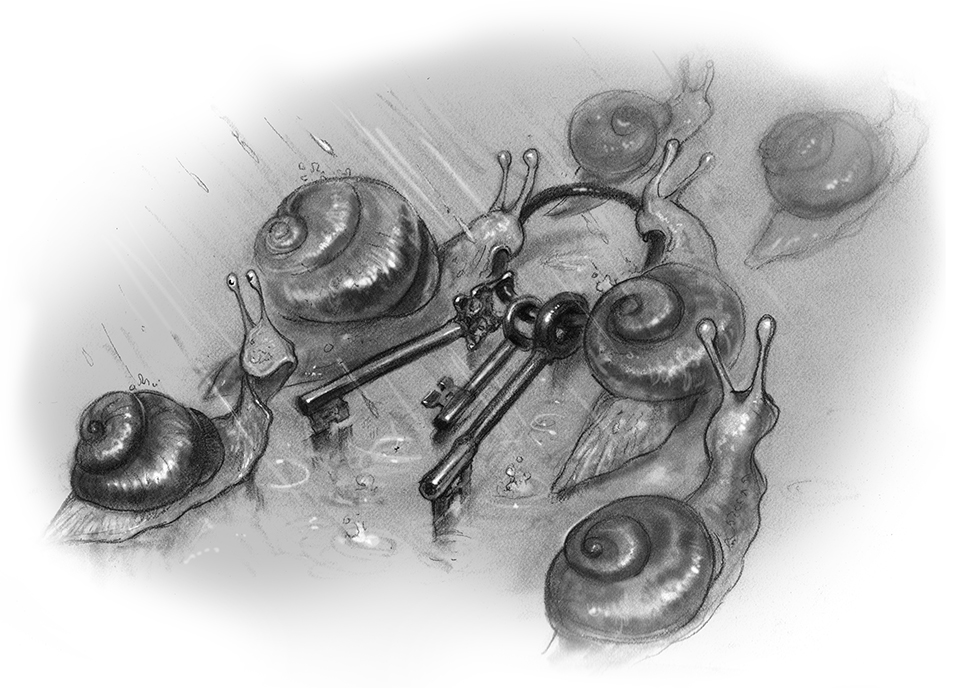 One day, I looked out the small window beside my worktable to find that it was sprinkling outside, and a very lovely all-over gray.  It seemed soft and inviting, so I blew out my candle, put on a long wrap, and shut the door behind me.

As I traveled along a familiar path, I noticed a considerable number of snails.  They were all heading in the same direction.  They looked busy and somewhat important.

I paid particular attention to the snails because it felt like the snails and I were the only creatures out in the rain.  I could hear the rain tapping on the leaves, but no other sounds of life.

I was by this time getting damp, so I turned for home.  When I reached my door, I reached into my right-side pocket for the keys.

The keys were gone.

I had no hole in my pocket, yet, somehow my keys were not there.  I checked the other pocket, I looked around at my feet, and then I looked up and back in the direction I had walked.  I must retrace my steps, I thought.

There was no mystery, of course:  the snails took the keys.

New idea:  When two things suddenly stand out to you (even two things like snails and keys), put them together and see if they might make a story.  Don’t worry about how snails would move heavy keys.  Perhaps two of them dragged the keys off, and, when they got tired, two more took a turn!  Find a way to explain missing keys, even if it involves a lot of little snails!  Connect things that you wouldn’t normally connect.

Making a story is often about imagining what could happen.