BACK TO TIP VAULT
When a story chooses you


What is your main character’s gift?
- Tip -

Did you remember to wake up the guards? 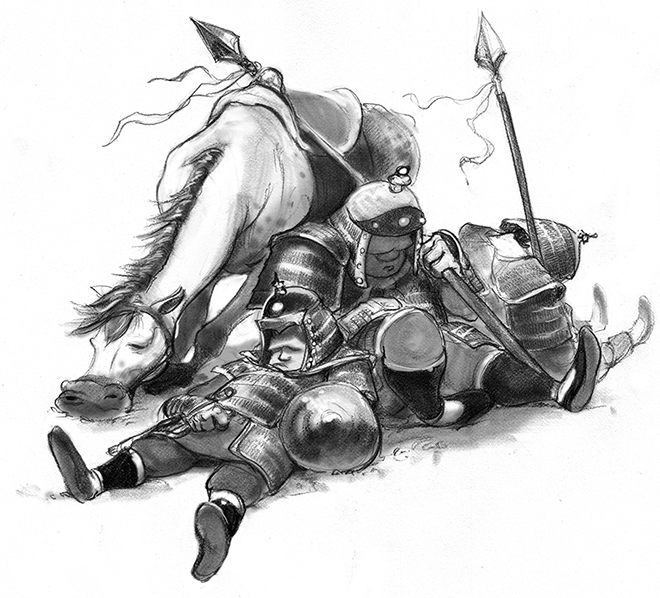 Let’s say you are writing a story in which you need to put several portly guards to sleep.  Somehow, you do this (perhaps with the help of a gifted main character).  You write about the guards being slumped over.  One of their horses is even sleeping like a baby.  You can hear them breathing softly as the main character quietly tiptoes past.  No one is the wiser…

The story progresses from there!

The question is, by the story’s End, does the situation of the guards change?  Would it make the story more interesting if they suddenly woke up?

It is not uncommon for a writer to concentrate so much on the main character that she forgets to write the story of the other characters she has introduced along the way!  Yet, a story often takes more exciting turns if we bring characters back into the story’s Middle or End.

New idea:  When you are writing out a story’s beginning, contemplate the fate of minor characters such as guards.  Will they remain in a sleepy heap, even as the last line of the story is written?

We want to make conscious choices in each story.  We don’t want a story to turn out a certain way simply because we forgot to rouse those guards!  So, we make a clear plan for each character, or group of characters, that we want readers to see more than once.