BACK TO TIP VAULT
Use the THEME to get crazy!

Turning a real dog into a character 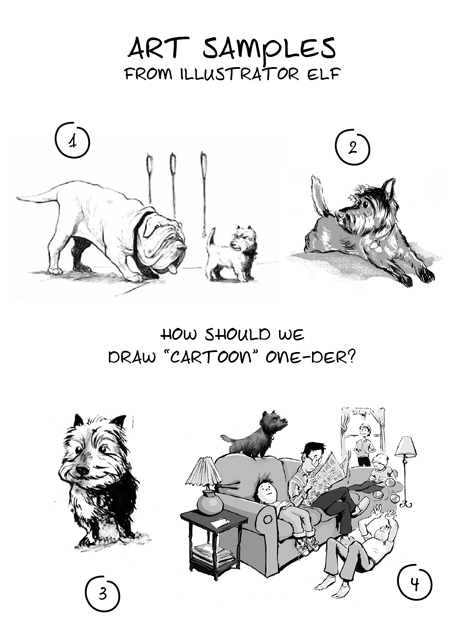 If you read The Next Story in The Waking Prince (https://itunes.apple.com/us/app/the-waking-prince/id582084676?mt=8), you will know that Joble the editor elf introduced Zobelia the writer elf to a dog named One-der.  One-der lived in a human family that Joble was friends with.

Zobelia knew instantly that One-der was a character for a story.  He had such a strong personality.  The humans seemed to look at him as the boss.  He had an air of total confidence and power, even though he was pretty shrimpy in size!

Story characters can come from real life.  But, when you find a character in real life (in this case, a real dog), you have to figure out what they will look like as a story character.

So, Scoble the illustrator elf was introduced to One-der, and Scoble did a pile of sketches of One-der.  Scoble then developed several styles and looks.  It was not long before the story elves knew that One-der the story character had been invented!

Soon, you will be able to see which style we selected.  The One-der book is almost finished.