BACK TO TIP VAULT
Feel your feet


Storage for your buzzing thoughts
- Tip - 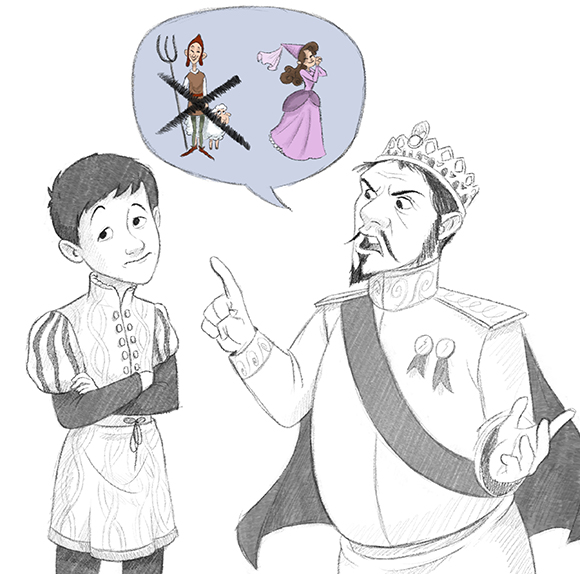 In the elven fairy tale, The Waking Prince, Prince Jeremy is born into a kingdom where witches cast spells on everyone, not just the princess.

The story is about whether Prince Jeremy should help these various villagers by figuring out how to break their spells, too?

If he did help the farmers and shopkeepers who got on the wrong side of a witch, he would be changing the role of a prince, changing fairy tales forever!  And his father, the king, does not want that.  The king wants things to stay exactly as they have always been.

What can a prince do in an argument with his father, the king?

The ancient elves suggest this:  Listen.  And then reply, 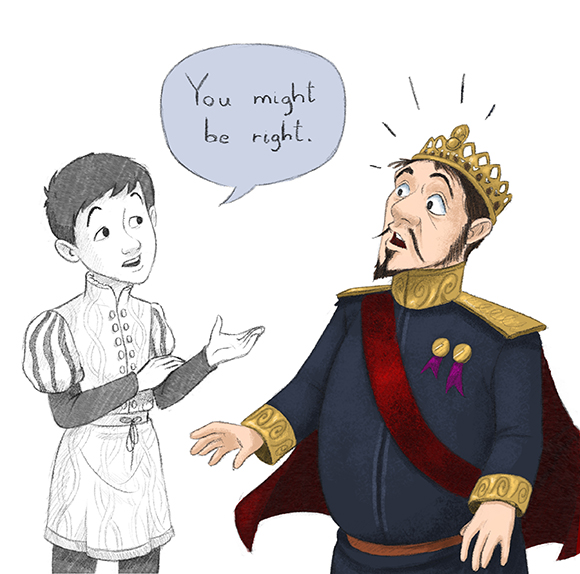 “You might be right” makes the argument vanish.  The king’s feelings have been heard, and Jeremy can think about the King’s position— stand in his royal shoes!  There are two sides to every story, after all.

And the ancient elves suggest another sentence.  Listen fully to someone who is upset (even if it is a witch!)… 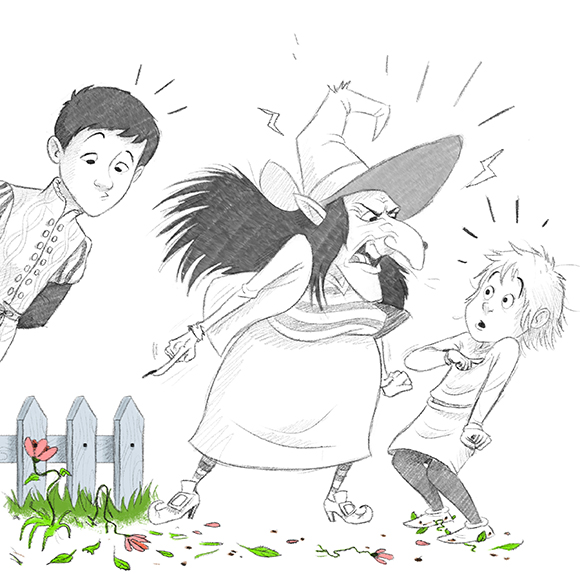 Repeat exactly what you heard back to the speaker, and then ask, 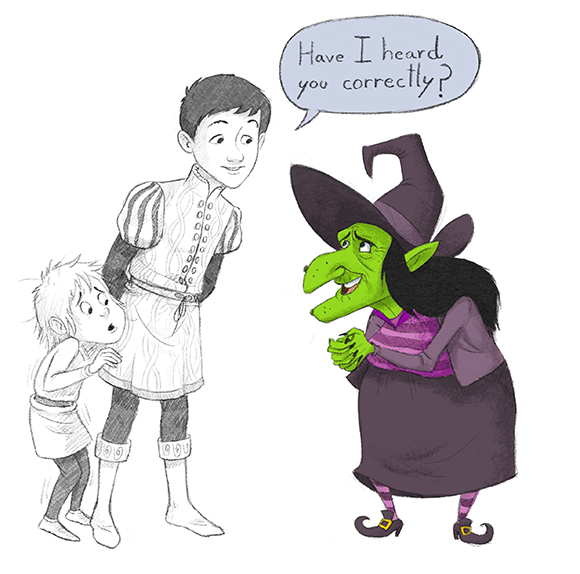 Oh, the anger goes right away!  The witch feels so grateful to be heard!  Those were her prize-winning begonias that were stepped on.  That is what she was angry about.

“Have I heard you correctly?” (said after listening and carefully repeating what you heard back) leaves everyone’s brain in a much better state because a heated argument is averted.

Shrub and I use these two tips frequently.  They allow us to stay happily away from arguments.  They also allow us to fully appreciate the OTHER side of the story, which is always good experience for a storyteller…